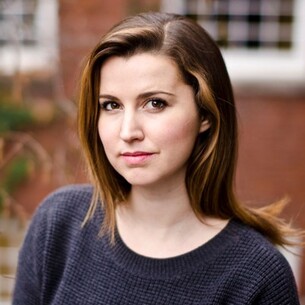 Victoria is a strategic, creative thinker with skills in primary research, trend analysis, and reporting on market and regulatory developments for the arts, culture, and screen-based sectors. She has a specialized in providing descriptive analysis and strategic planning for the film and television production industry, as well as in creative industries in northern Canada and developing areas. In addition to an academic background in economics and the culture industry, Victoria is a multi-award-winning filmmaker with production and administration experience in broadcast television, interactive media, film, and the recording industries.

Victoria produced and directed a feature documentary and several short films, and has assisted in the creation of two interactive documentaries. Her debut feature documentary, After the Last River, screened in Indigenous communities, schools, and festivals across Canada, before airing on CBC's documentary channel, on Canada Day and receiving a Canadian Screen Award nomination in 2017.  As a consultant with Nordicity, she has led research for clients including: Dept. of Canadian Heritage, the Canadian Media Production Association (CMPA), and the Banff World Media Festival. Currently, Victoria is a Producer on VICE’s first scripted series, Nirvanna the Band the Show, and is developing a slate of unscripted series and hybrid documentary films, including Night Day Night.

Victoria holds both an MFA in Film Production and an MBA in Arts and Media Management from York University.

Nordicity is a leading international consulting firm providing private and public-sector clients with solutions for Economic Analysis, Strategy and Business, and Policy and Regulation across four priority sectors: arts, culture and heritage; digital and creative media; and information and communication technologies (ICTs) and innovation. With offices in London (UK), Toronto, and Vancouver Nordicity is ideally placed to assist our clients to succeed in the rapidly evolving global markets.